It is only four months since the last major version of the Business Central (2020 wave 2) has been released, and we can already look forward to another version that will be released in April.

Microsoft has already provided the list of planned and confirmed functionality (available here). Let’s look at some of the planned features that will be usable (or, at least available) for programmers.

Most useful changes for developers

One of the most annoying things for customising in the AL language are definitely reports. Till now, to add own field to the existing report from the base app or another extension, there was no other way but to copy the report and do the change in this copy.

In my opinion, this is one of the most critical changes and as so I will look at it in another article once it is available in public preview.

One of the greatest news is that with the new update almost every complex type (record, page, query, list, …) can be returned from a procedure. Let’s see an example:

As this is a big change and as it is something known and often used in almost any other language, I will look at it in details in the next weeks.

To increase custom processes’ performance, Microsoft added support of adding own keys to original tables and tables from any extension.

There will be new object types for better administration and security of user’s roles: Entitlements, PermissionSets and PermissionSetExtension.

PermissionSets (and PermissionSetExtension) are already familiar to anybody. However, in current versions of the Business Central, they are stored and managed directly in the Modern Client.

Entitlements is a new object type that will allow specifying, which objects are available for specific users based on their assigned license (Full, Team Member, …) or Azure Active Directory role.

There are new fonts available to use in report layouts. These fonts allow generating one-dimensional barcodes. For now (2021/02) licensed fonts are as follow

Some of other improvements

Business Central (cloud-only!) includes one-dimensional (1D) barcode fonts since Microsoft Dynamics 365 Business Central 2020 wave 2 (17.0) was released in October 2020. It is a great improvement to how developers can handle requirements from their clients to print...

END_OF_DOCUMENT_TOKEN_TO_BE_REPLACED

Public quizzes BCQuizzes by Kepty are my new project that will be available for everyone. The quizzes are available for anyone interested in Business Central Processes & Development. Do you have any idea how to improve the existing quizzes? Do you have new ideas...

END_OF_DOCUMENT_TOKEN_TO_BE_REPLACED 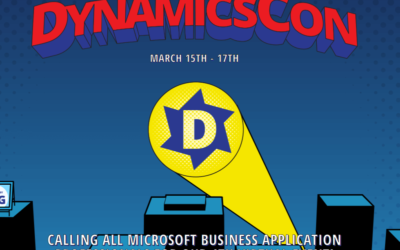 2021 is slowly coming to an end, with no other Microsoft conferences planned for this year. However, the conference dates for the next year are slowly beginning to be announced! What are my plans for 2022? This year will be huge! My plans are to have at least four...

END_OF_DOCUMENT_TOKEN_TO_BE_REPLACED

Azure Cosmos DB is a fully managed NoSQL database for modern app development. Data in this database are available using APIs. To find out how to get Azure Cosmos DB, licensing and all other details see Microsoft portal...

END_OF_DOCUMENT_TOKEN_TO_BE_REPLACED 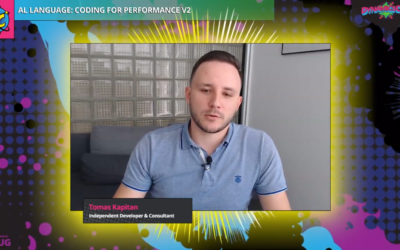 Finally, recordings from DynamicsCon 2021 Autumn edition are available! Check the official youtube channel. It was a great conference with over 250 people during my live session! I definitely hope I will be able to attend the next in-person DynamicsCon as a speaker...

END_OF_DOCUMENT_TOKEN_TO_BE_REPLACED

Directions4Partners EMEA 2021 is still in progress here in Milan. I want to share all details about each day, but unfortunately, there are so many amazing things to see, watch and try I have almost no time. So today just a few words about the day before the...

END_OF_DOCUMENT_TOKEN_TO_BE_REPLACED

In just a few days the new major version of Business Central 2021 wave 2 will be introduced! This is again a huge set of changes that comes with this new version. In this article, we will look at the most important changes in AL Language performance (performance...